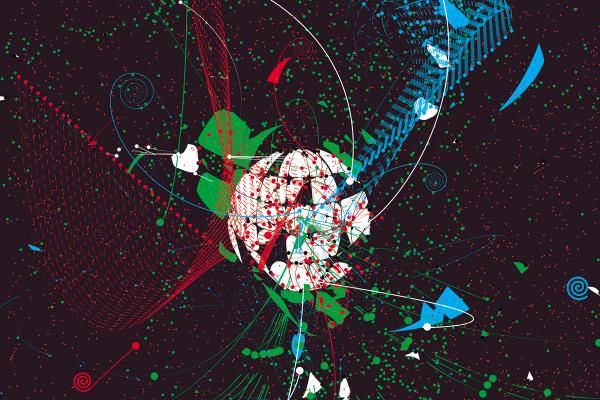 Ask them to name their heart’s truest desire, and many a science nut might say the answer to life, the universe and everything – or, failing that, a fully functioning lightsaber.
Odd, then, that one field of scientific enquiry that could conceivably provide both gets so little press. After all the hoopla of the past few years, you could be forgiven for believing that understanding matter’s fundamentals is all about the Higgs boson – the “God particle” that explains where mass comes from.
The Higgs is undoubtedly important. But it is actually pretty insignificant for real stuff like you and me, accounting for just 1 or 2 per cent of normal matter’s mass. And the huge energy needed to make a Higgs means we’re unlikely to see technology exploiting it any time soon.
Two more familiar, though less glamorous, particles might offer more. Get to grips with their complexities, and we can begin to explain how the material universe came to exist and persist, and explore mind-boggling technologies: not just lightsabers, but new sorts of lasers and materials to store energy, too. That’s easier said than done, granted – but with a lot of computing muscle, it is what we are starting to do.
Chances are you know about protons and neutrons. Collectively known as nucleons, these two particles make up the nucleus, the meaty heart of the atom. (In terms of mass, the weedy electrons that orbit the nucleus are insignificant contributors to the atom.)
The headline difference between protons and neutrons is that protons have a positive electrical charge, whereas neutrons are neutral. But they also differ ever so slightly in mass: in the units that particle physicists use, the neutron weighs in at 939.6 megaelectronvolts (MeV) and the proton at 938.3 MeV.
That’s a difference of just 0.14 per cent, but boy does it matter. The neutrons’ extra mass means they decay into protons, not the other way around. Protons team up with negatively charged electrons to form robust, structured, electrically neutral atoms, rather than the world being a featureless neutron gloop.
“The whole universe would be very different if the proton were heavier than the neutron,” says particle theorist Chris Sachrajda of the University of Southampton in the UK. “The proton is stable, so atoms are stable and we’re stable.” Our current best guess is that the proton’s half-life, a measure of its stability over time, is at least 1032 years. Given that the universe only has 1010 or so years behind it, that is a convoluted way of saying no one has ever seen a proton decay.
The exact amount of the neutron’s excess baggage matters, too. The simplest atom is hydrogen, which is a single proton plus an orbiting electron. Hydrogen was made in the big bang, before becoming fuel for nuclear fusion in the first stars, which forged most of the other chemical elements. Had the protonneutron mass difference been just a little bigger, adding more neutrons to make more complex elements would have encountered energy barriers that were “difficult or impossible” to overcome, says Frank Wilczek of the Massachusetts Institute of Technology. The universe would be stuck at hydrogen.
But had the mass difference been subtly less, hydrogen would have spontaneously changed to the more inert, innocuous helium before stars could form – and the cosmos would have been an equally limp disappointment. Narrow the gap further, and hydrogen atoms would have transformed via a process called inverse beta decay into neutrons and another sort of neutral particle, the neutrino. Bingo, no atoms whatsoever.
All of that leads to an unavoidable conclusion about the proton and neutron masses. “Without these numbers, people wouldn’t exist,” says Zoltán Fodor of the University of Wuppertal, Germany.
But where do they come from?
The question is fiendishly difficult to answer. We’ve known for half a century that protons and neutrons are not fundamental particles, but made of smaller constituents called quarks. There are six types of quark: up, down, strange, charm, bottom and top. The proton has a composition of up-up-down, while the neutron is up-down-down.

For Sachrajda, this kind of computational capability comes at just the right time, as the LHC fires up again to explore particle interactions at even higher energies. “We all hope it will give an unambiguous signal of something new,” he says. “But you’re still going to have to understand what the underlying theory is, and for that you will need this kind of precision.”
If that still sounds a little highfalutin, it’s also worth considering how modern technologies have sprung from an ever deeper understanding of matter’s workings. A century or so ago, we were just getting to grips with the atom – an understanding on which innovations such as computers and lasers were built. Then came insights into the atomic nucleus, with all the technological positives and negatives – power stations, cancer therapies, nuclear bombs – those have brought.
Digging down into protons and neutrons means taking things to the next level, and a potentially rich seam to mine. Gluons are far more excitable in their interactions with colour charge than are photons in electromagnetic interactions, so it could be that manipulating colour-charged particles yields vastly more energy than fiddling with things on the atomic scale. “I think the possibility of powerful X-ray or gamma-ray sources exploiting sophisticated nuclear physics is speculative, but not outrageously so,” says Wilczek. 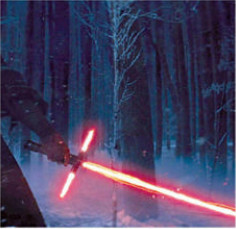 Gluons, unlike photons, also interact with themselves, and this could conceivably see them confining each other into a writhing pillar of energy – hence Wilczek’s tongue-incheek suggestion they might make a Star Wars-style lightsaber. More immediate, perhaps, is the prospect of better ways to harness and store energy. “Nuclei can pack a lot of energy into a small space,” says Wilczek. “If we can do really accurate nuclear chemistry by calculation as opposed to having hit-andmiss experiments, it could very well lead to dense energy storage.”
For Fodor, that’s still a long way off – but with the accuracy that calculations are now reaching, the road is at last open. “These are mostly dreams today, but now we can accommodate the dreams, at least,” he says. “You’ve reached a level where these technological ideas might be feasible.”
Welcome, indeed, to the quark ages.

This site uses Akismet to reduce spam. Learn how your comment data is processed. 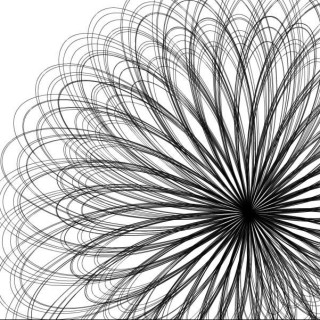 A Weekly Digest of the Mathematical Internet

Astronomy - All Around Us

Lover of math. Bad at drawing.

A Room Of Her Own
Ok, panico

without "me", it.wiki is just "aweso"

There must be some kind of way out of here